What Christianity has missed about Jesus Christ

The new book “Behold!” turns some of the beliefs of Christianity upside down

Millions of Christians revere the cross.  It is the symbol of the world’s largest religion.  The cross and the holy holiday of Easter represent the foundational belief that Jesus is the Son of God who came to die so all who believe in Him may have their sins forgiven and obtain eternal life.  Right? But what if that is all wrong?
Jesus did not die at Easter
Easter is considered the holiest day of the year in Christianity.  However, the crucifixion and resurrection of Jesus did not take place at Easter.  The Bible says it occurred during the Jewish holiday of Passover.  While Jesus is recognized as the Lamb of God, the fact that Passover lambs were not sacrificed for sin atonement is generally not known or acknowledged in Christianity.
What we have missed
Christ? Messiah? What these titles tell us:  The word “Messiah” and “Christ” both mean “anointed” as in symbolic of being empowered and consecrated to serve God and carry out specific tasks. Kings, Priests and Prophets were anointed to serve in the young nation of Israel.  One may ask when did Jesus serve as a Prophet, King or Priest and when was He “anointed” for these roles?
Sin Atonement required for forgiveness: One of the foundational beliefs in Christianity is sin cannot be forgiven without substitutionary death atonement.  Is this true?  Hidden in plain sight are Bible verses where God forgave sin without the mention of sacrificial animal atonement (Exodus 34:6-7, II Chronicles 7:14 Psalm 103 and Isaiah 43:22-25), and said certain sins could never be covered by animal sacrifices (Numbers 15:30-31, I Samuel 3:14, Exodus 23:21, and Joshua 24:19).  In Jeremiah 7:22 God says He never commanded the people to sacrifice animals.  It is in Isaiah 1:11-18, and Amos 5:21-23 that God strongly expresses His distaste for the sacrifices. Oddly enough, we seem to miss there is no situation in the gospels where Jesus called for the sacrifice of an animal for sin atonement.  However, Jesus did speak of forgiving others as God forgives us. These verses and others from the Old Testament and the gospels make an astounding case that Christianity has long misunderstood the concept that the death of Jesus was required for forgiveness of mankind’s sin.
Did Jesus come to replace Judaism or the Law?  Jesus was born into and practiced Judaism, the religion established by God beginning with Abraham.  In John 4:22 Jesus said salvation is of the Jews.   Jesus observed the commands and teachings of the Old Testament Torah saying in Matthew 5:17 He had not come to “destroy” (take away or lessen its meaning as in misinterpret) the Law or the Prophets, but rather to “fulfill” (in Rabbinic Hebrew meaning to correctly interpret or fill with meaning) the instructions.  No prophecy of the Old Testament nor teaching of Jesus indicated God’s relationship with the Jews or God’s instructions (laws, Torah) for right living would become obsolete or need to be replaced.
Questioning what we believe about Jesus & Christianity
While many Christians believe certain doctrines within the Christian faith have always been a part of the church and are Bible based, in reality Christianity has been an evolving system of theories that have become doctrines.  Surprisingly, when researched, we discover some of these beliefs were developed as late as 200 years after the resurrection or as recently as the last couple of hundred years.
As the early Church gradually shifted away from Judaism and the Old Testament, the Greco/Roman influence of bishops, philosophers and theologians weighed in. Superseding scripture, their theories on the identity and nature of Jesus, why He came and what God requires of His followers formed the foundational doctrines of what is still believed and practiced today. Through new archeological discoveries and the internet, this information is now readily available for better translations of Hebrew and Greek words, and idioms.  Therefore, it is easier than ever before to determine if some of these beliefs have scriptural support in the Bible.
The new book “Behold! The Jesus We NEVER KNEW: God from the Beginning” provides explanations for these important topics and tells a very different story about who Jesus is and why He came.  “Behold!” is written by first time author Anna A. Goodman with her husband, Dr. Jeffrey Goodman,[1] an archeologist, author and M 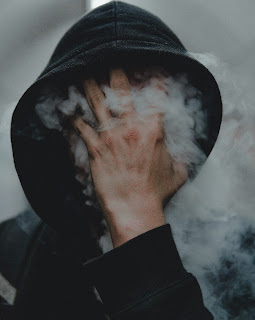 essianic Jew.  Utilizing archeology, history, cultural practices, and the Hebrew and Greek language, the authors’ of “Behold! The Jesus We NEVER KNEW: God from the Beginning” unravel the mystery of who Jesus is, and present scriptural answers to the questions why Jesus came and what He wants us to know, that will transform the understanding of the most pivotal person in history.

(This blog contains excerpts from the new book “Behold! The Jesus We Never Knew: God from the Beginning” by Anna A. Goodman with Jeffrey Goodman, Ph.D.  The book that causes us to examine what we believe as a Christians is available at Amazon, Barnes & Noble and Apple books.  For more information visit the website Home | Behold! Jesus and Facebook at Intrigue & Engage books by Anna.)
[1] Dr. Jeffrey Goodman’s last book is THE COMETS of GOD: New Scientific Evidence For God--Recent archeological, geological and astronomical discoveries that shine new light on the Bible and its prophecies.
Posted by thearcheologist at 10:55 PM